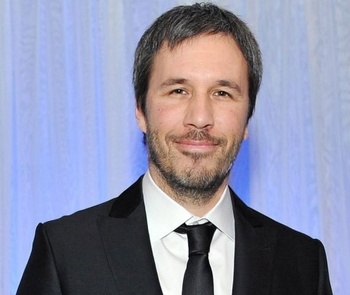 Denis Villeneuve (born October 3, 1967 in Bécancour) is a Canadian director and screenwriter from Quebec.

A multiple awards winner, he is best known for his crime-thrillers Prisoners and Sicario, and his science fiction film Arrival, which received 8 Academy Award nominations, including Best Picture and Best Director.

He's taken on very ambitious directorial challenges since the late 2010s, with the sequel to Blade Runner and a new adaptation of Dune, and so far these have been acclaimed. He's also been announced to showrun Dune: The Sisterhood, a live action Spin-Off series set in his film's universe for HBO Max.

Tropes from his works