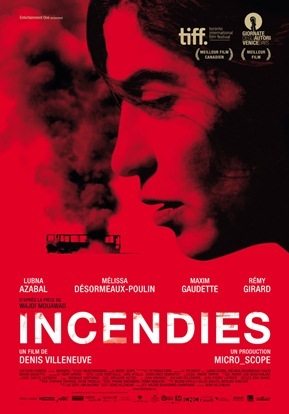 Nawal, a dying Middle Eastern woman living in Montreal, leaves separate letters to her twin children to be read once she passes away. Jeanne is to deliver hers to the father the twins never knew, and Simon is to give his to the brother they never knew they had. The siblings travel to the Middle East separately, where they each experience acts of brutality, uncover a startling family history, and have revelations about themselves.