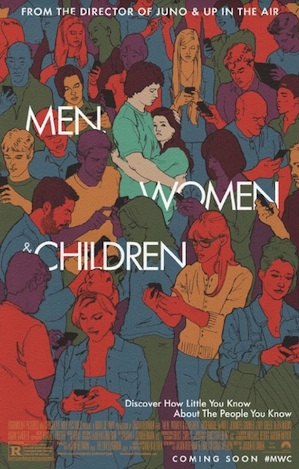 Men, Women & Children is a 2015 film, directed by Jason Reitman (Juno, Thank You for Smoking) and co-written by Reitman & Erin Cressida Wilson. Like Thank You For Smoking and Reitman's more recent film, Up in the Air, it is adapted from a book.

The movie deals with identity, relationships, secrets, and what people choose to share with each other in an age of highly immersive digital devices.