Film / A Matter of Faith 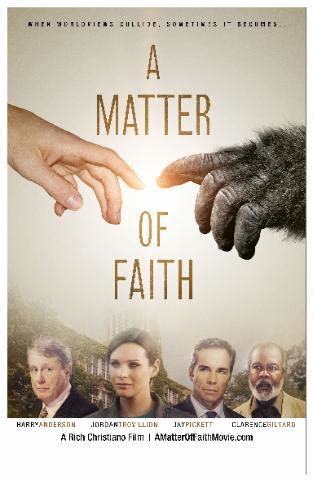 A Matter of Faith is a Christian drama film from 2014 by Rich and Dave Christiano.
Advertisement:

When a Christian girl, Rachel, goes to college and starts studying biology, Stephen, her equally religious father, becomes concerned that her teacher, Professor Kaman, teaches evolution and not Biblical creationism. When an annual debate event comes up, the professor invites Stephen to debate him about which is true.