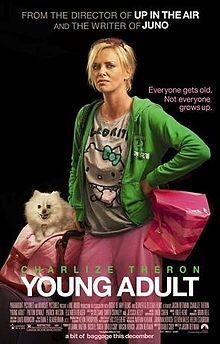 Mavis Gary (Theron) is a young adult fiction writer who, pining for her glory days in high school, returns to her small town in an effort to win back her high school boyfriend Buddy (Patrick Wilson). Considering that he's happily married with a newborn baby, this proves to be a somewhat more difficult task than Mavis had thought it would be. She also bonds unexpectedly with former classmate Matt (Oswalt) who is also having trouble letting go of the past.