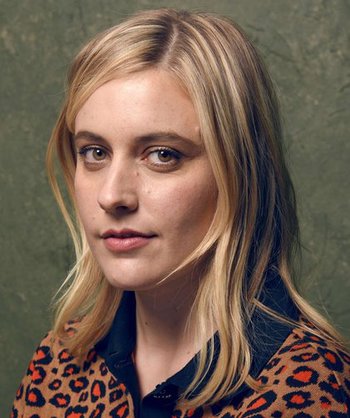 Gerwig first gained attention for her work in several 2000s film associated with the "mumblecore" genre, of which she has since been deemed a codifier. During the latter half of the decade, she additionally co-wrote or co-directed a number of the films she acted in, which were primarily directed by Joe Swanberg.

Beginning in the 2010s, she collaborated with her husband Noah Baumbach on several films including Frances Ha, for which she received a Golden Globe acting nomination. Some of her other film credits as an actress include Wiener-Dog, Jacqueline Kennedy biopic Jackie, and 20th Century Women. She also starred as the lead in a planned How I Met Your Mother spinoff, How I Met Your Dad, in 2014, but it wasn't picked up with a series order.

In 2017, a new phase of Gerwig's career and popularity began with her debut as a solo writer-director. To date, she has directed two films, Lady Bird and Little Women, which opened to widespread acclaim and awards buzz, with both receiving Academy Award nods for Best Picture and for her screenplays among other nominations. Her third film, a romantic comedy based on Barbienote co-written with Baumbach with Margot Robbie as the title character, will be released in summer 2023.

As writer and director