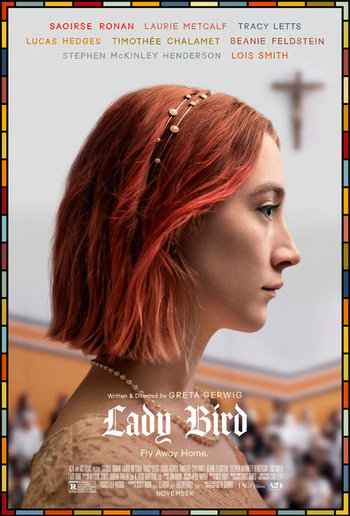 The semi-autobiographical film centers around Christine "Lady Bird" McPherson (Ronan) during the course of her 2002–03 senior year at a Catholic high school in Sacramento, California, including her attempts at finding love and getting into a college far away from her hometown, and her conflicts with her strong-willed mother Marion (Metcalf).

In making the film, Gerwig set out to offer a female counterpart to coming-of-age films like The 400 Blows and Boyhood, and spent years writing the film's script, which at one point was over 350 pages in length.