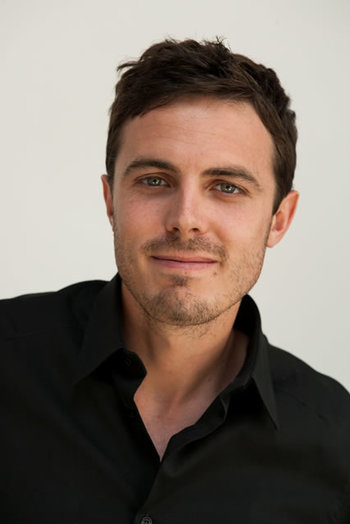 Caleb Casey McGuire Affleck-Boldt, better known as Casey Affleck (born August 12, 1975 in Falmouth, Massachusetts), is an American actor, film director, screenwriter and producer. He first came to attention for his performances in Gus Van Sant's films To Die For (1995), Good Will Hunting (1997) and Gerry (2002). He appeared in Ocean's Eleven (2001) and its sequels as Virgil Maloy. He also appeared in David Lowery films including Aint Them Bodies Saints, A Ghost Story (2017), and The Old Man & the Gun (2018).

Affleck gained widespread recognition in 2007, starring in The Assassination of Jesse James by the Coward Robert Ford, for which he received an Academy Award nomination for Best Supporting Actor, and Gone Baby Gone, directed by his brother, Ben Affleck. He also received critical acclaim for his performance in Out of the Furnace and Aint Them Bodies Saints (both 2013). In 2016, Affleck appeared in the drama Manchester by the Sea. For his performance as a grief-stricken man, he won the Golden Globe, BAFTA Award and the Academy Award for Best Actor.

In 2010, Affleck directed the mockumentary I'm Still Here, starring his brother-in-law Joaquin Phoenix. The story goes that in 2008, Phoenix announced that he would be retiring from acting to become a professional musician, mainly in the genre of rap. No one seemed to know if he was serious or pulling an Andy Kaufman. I'm Still Here featured Phoenix acting crazy, and it didn't help to answer the question. On September 2010, Affleck revealed that the whole thing, going all the way back to Phoenix's switch to a musical career, was a big hoax, and in effect, the most extensive character that Phoenix has put together yet.