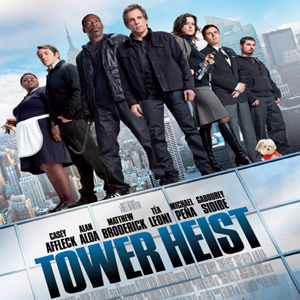 Tower Heist is a 2011 action comedy directed by Brett Ratner, starring Ben Stiller and Eddie Murphy. Stiller plays Josh Kovaks, the building manager of a high-rise owned by Arthur Shaw (Alan Alda), a Wall Street fat cat who ends up being placed under house arrest for a Ponzi scheme involving pretty much every employee in the building. Because they can't legally get their money back, Kovaks decides to enlist Slide (Murphy), a convict who grew up with him, to help him and his co-workers in breaking into Shaw's penthouse in order to recoup what was taken from them.