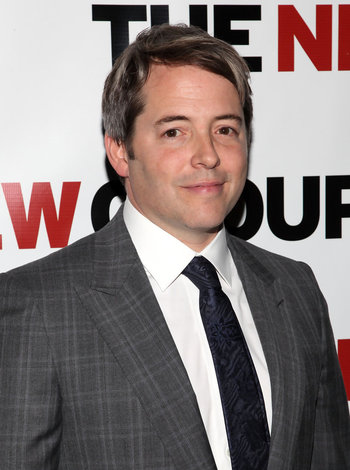 "Life moves pretty fast. If you don't stop and look around once in a while, you could miss it."
Advertisement:

Matthew Broderick (born March 21, 1962 in Manhattan, New York) is an American actor famous for such characters as Ferris Bueller, Colonel Robert Gould Shaw, David Lightman, and adult Simba. He started off as a teen heartthrob as part of the Brat Pack, but later moved on to more serious roles in The '90s, and has had some success on Broadway as well. He is married to Sarah Jessica Parker, with whom he has three children.

Films and TV shows starred or voice acted in: