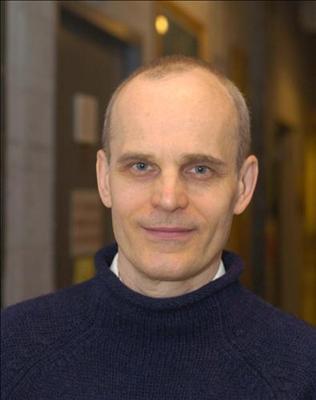 Imagine the lawyer/prosecutor/accountant you'd most dread seeing across the table from you. Okay, got it? It's this guy, isn't it? I know-freaky, right?
—Cracked
Advertisement:

Željko Ivanek (born August 15, 1957 in Ljubljana, Slovenia) is a Slovenian-American actor and graduate of Yale who is usually the best thing in whatever he appears in. He initially started off typecast as a nice guy, most notably Ed Danvers in Homicide: Life on the Street. Tired of playing good guys, he asked his agent to get him more villainous roles. The agent was more than obliging.

A very familiar face on television due to his long-term portrayals of characters such as Governor James Devlin in Oz and Andre Drazen in the first season of 24, he's enjoyed a profile boost after winning an Emmy for his portrayal of Ray Fiske on the critically-acclaimed Damages. He tends to make even the smallest role somehow memorable, and has had recurring stints on Heroes, True Blood, and Big Love, not to mention his role as a regular on The Event. Although the show suffered from many problems, including the lack of any resolution whatsoever and most of the questions posed at the beginning going completely unanswered, Ivanek was a compelling presence.

And in case you're curious, his name is pronounced "Zhelko".