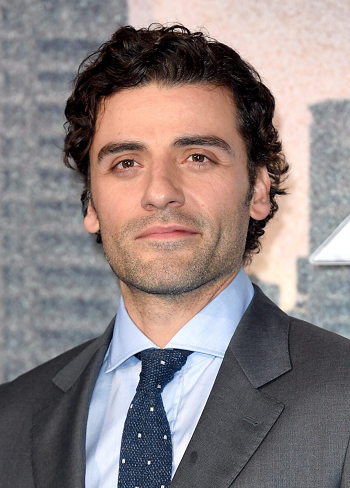 Born in Guatemala, Oscar's family eventually moved to Florida, where he started a band called Blinking Underdogs. He later attended Julliard, where he met close friend and A Most Violent Year/Scenes from a Marriage (2021) costar Jessica Chastain.

His first major film role was playing Joseph in The Nativity Story, which led to supporting roles in movies such as Robin Hood, Body of Lies, and Drive (2011). His lead role in The Coen Brothers' Inside Llewyn Davis brought him to further prominence, which he then parlayed into landing a prominent role as Poe Dameron in the Star Wars sequel trilogy, first appearing in 2015's The Force Awakens. In addition to other major franchise fare (X-Men: Apocalypse, Dune (2021), Moon Knight (2022)) and other action works, Isaac also has a penchant for lower-key, more psychological dramas, such as Scenes from a Marriage (2021) and The Card Counter.