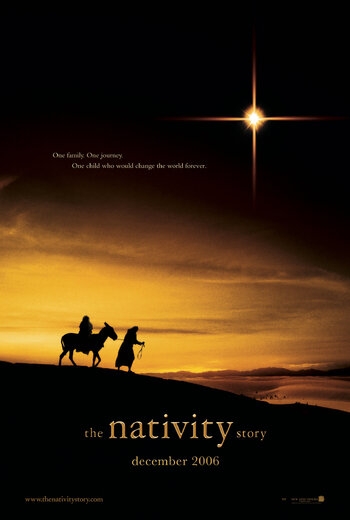 Courtesy of Catherine Hardwicke, and adapted principally from the books of Matthew and Luke in the New Testament, The Nativity Story is a fairly high-budget movie adaptation of a story particularly popular in churches during the Christmas season.
Advertisement:

While most of this film does focus on the conception and birth of Jesus to Mary (Keisha Castle-Hughes), to the surprise of her husband Joseph (Oscar Isaac) and parents Joachim (Shaun Toub) and Anna (Hiam Abbass), several subplots also get considerable screen time: