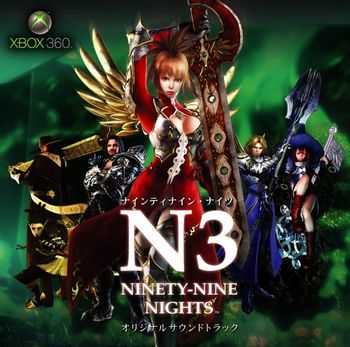 A 2006 Hack and Slash video game for the Xbox 360 by Q Entertainment and Phantagram, creators of the popular Kingdom Under Fire series. It tells the tale of a Middle Earth-esque world where humans are constantly making war with a race of goblins, partly to due to a kingdom's hatred for anything non-human. The story begins when a young female knight by the name of Inphyy challenging her brother Aspharr for the position of Temple Knights. Shortly after her victory, she is sent to drive away the goblins who have taken position of a key fortification within their lands.

The game very much resembles the likes of Dynasty Warriors, except with even more enemies, more over the top special moves, and a looting system reminiscent of RPGs.