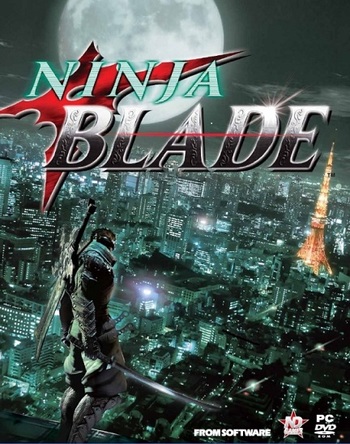 One Ninja Vs. An Entire City
Advertisement:

In 2015 an infestation of mutagenic parasites develop in Tokyo. A special group of international operatives was called in to stop them, but only one survived without being killed or infected. You play as the sole-surviving member of the team and ninja, Ken Ogawa, fighting off the hordes of strange mutants infesting Tokyo with the help of group director, Agent Michael Wilson.

It features many over-the-top elements and is generally quite fun to play, but was overshadowed by most other releases at the time.