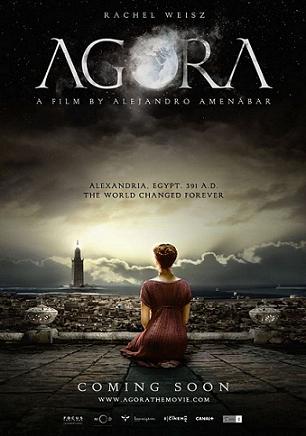 Studying what would be lost for centuries
Advertisement:

Ágora (written and directed by your favorite LGBT Spanish director Alejandro Amenábar) is 2009 historical drama film portraying the life of the female philosopher Hypatia (played by Rachel Weisz), as well as her slave Davus (Max Minghella) and pupil Orestes (Oscar Isaac), from the destruction of Alexandria to her death at the hands of fanatical Christians. It takes a number of liberties with the history it's trying to depict, so take it with a grain of salt.