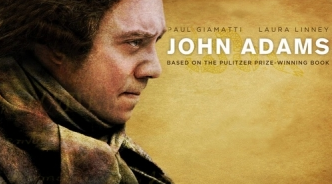 "I'm just Farmer John..."
"I must study politics and war that my sons may have liberty to study mathematics and philosophy."
Advertisement:

2008 US HBO's Mini Series about the life of John Adams, second President of the United States, from his defense of the soldiers accused in the Boston Massacre in 1770 to his death in 1826. It's based on the biography by David McCullough, and is divided into seven parts.

Two major themes stand out throughout this work: "Behind every great man is a great woman" and "The more things change, the more they stay the same".

This mini series contains examples of: