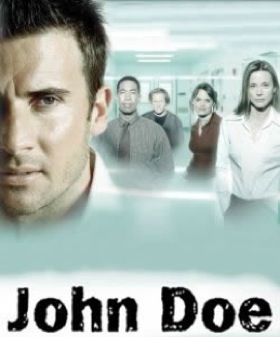 A man wakes up on an island off the coast of Seattle, unsure of who or where he is, unable to see in color, and with a strange mark on his body. But he knows everything, every single scene of every single movie, the composition of bullets from all sorts of Rare Guns, the full history of Jack the Ripper, etc. He makes friends and solves crimes for the police.

The series was canceled by FOX and ends on a Cliffhanger.

Not to be confused with the Metal Gear "John Doe" or Se7en's serial killer. See Mr. Smith for the usage of placeholder names like "John Doe" in fiction.