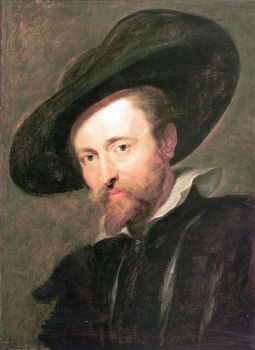 The master of baroque painting.
Advertisement:

Peter Paul Rubens (28 June 1577 – 30 May 1640) was a 16th-17th century Flemish painter, widely praised for his rich and warm, colorful paintings. Back in his time he was one of the most popular, richest and celebrated European painters, working for several royal courts.

His work depicts Biblical, historical and mythological subjects. Rubens also made portraits of his friends, family members and himself. Rubens was one of the few historical painters who became rich with his work. Some of his assistants and pupils later became famous painters in their own right, like Anthony Van Dyck, David Teniers and Jacob Jordaens.

Not to be confused with American actor Paul Reubens.