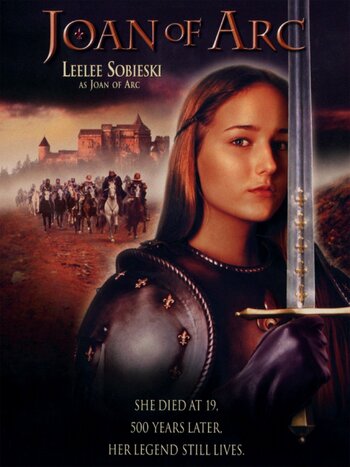 Joan of Arc is a 1999 historical biopic Mini Series in two parts directed by Christian Duguay. It is a joint production of the Canadian Broadcasting Corporation and Alliance Atlantis Communications.

It tells the story of Joan of Arc, the 15th century peasant girl who heard the voice of God and turned the tide of The Hundred Years War in favor of King Charles VII of France.

See also the dueling production released the same year, The Messenger: The Story of Joan of Arc.