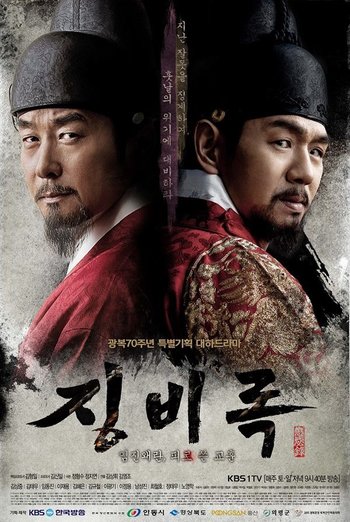 Jingbirok is a KBS Historical series that aired in 2015, based on the memoirs of Hideyoshi's invasion of Korea, also known as The Book of Corrections. Starring Kim Sanghoon as the writer of said memoir, Yu Seong-ryong, the drama details the events that led to the war and the internal strife that developed in the Korean court as the invaders left behind a trail of destruction.