Literature / Blaze (or Love in the Time of Supervillains) 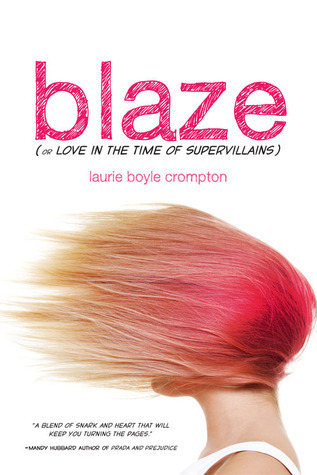 Blaze (or Love in the Time of Supervillains) is a 2012 Teen novel by Laurie Boyle Crompton. The eponymous heroine, Blaze, is a 15-year-old girl looking forward to her senior year of high school in a small town. Her chief interests are comic-books, both reading and drawing them, and Mark, coach of her little brother Josh's soccer team. With her father off pursuing an acting career in New York, and her mother busy pulling double-shifts as a nurse, she's stuck playing "soccer mom" and ferrying her dorky little brother and his friends, the Mighty Cretins, around town. Much to her amazement, Mark shows an interest in her and she starts hanging out with him, and then dating him.

Then, Mark humiliates her, so she takes revenge the only way she knows how, by making Mark a villain in her comic. Unfortunately, Mark has a counter-move which threatens to derail Blaze's senior year, and possibly her entire life...