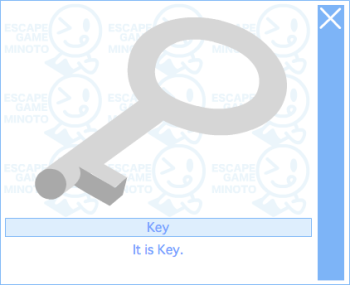 Thanks for pointing that out. I never would've guessed it.

Works Page
It is usual page.

Minoto is a Japanese artist who makes web-based point-and-click adventure games and animations in Flash. He began in 2007 with Reader's Escape, and has gone on to make more than 140. The games are seldom very difficult, but what they lack in difficulty, they make up for with their unique art style and amusing animations. In February 2008, Cupid of the Mouse was featured on the Escape Games 24

blog, bringing Minoto a cult following that has grown ever since.

The EG24 section for Minoto's games is here.

The tropers reached the end of the page of works.
It enjoyed reading the trope until evening.
...Happiness.
Works page end
only one method