Series / The Journey of Flower 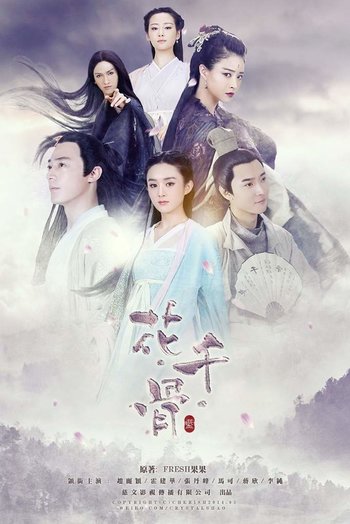 The Journey of Flower (花千骨, Huā Qiān Gǔ) is a 2015 Chinese series starring Zhao Li Ying and Wallace Huo. It's based on the novel of the same name by Fresh Guo Guo. A sequel, The Journey of Flower 2, aired later in 2015, though it has only one of the original main characters and a vastly different setting.

Hua Qian Gu is shunned by her village because she was born with a strange scent that attracts demons. She goes to the Chang Liu Sect for help. Her life quickly becomes more complicated when she falls in love with Bai Zi Hua, the Sect Leader, and discovers she's the descendant of a goddess.