Series / The Legend of Chusen 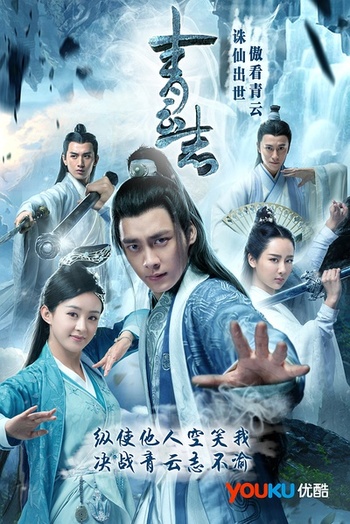 The Legend of Chusen (青云志, Qīng Yún Zhì; also called Noble Aspirations) is a 2016 Chinese series starring Li Yi Feng, Zhao Li Ying, Yang Zi, Cheng Yi, and Qin Jun Jie. It's based on the novel Zhu Xian by Xiao Ding. (The novel has also been adapted into a video game and a film, both called Jade Dynasty.)

Zhang Xiao Fan and his childhood friend Lin Jing Yu are the only survivors after their village is massacred. They join the Qing Yun sect, where Xiao Fan accidentally acquires a mysterious sword. Thanks to it he becomes the first person to gain three different sorts of cultivation. Then Xiao Fan falls in love with Bi Yao, daughter of the Ghost King, as tensions mount between the righteous sects and the demon sects.