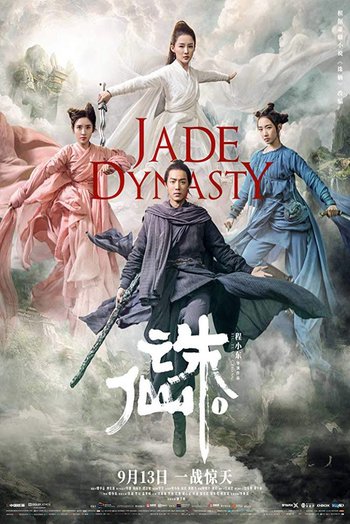 Jade Dynasty (诛仙; Zhū Xiān) is a 2019 film directed by Ching Siu-tung, based on the novel of the same name by Xiao Ding. (The novel has also been adapted into the video game of the same name, and The Legend of Chusen.) It stars Xiao Zhan, Li Qin, Meng Meiqi, David Chiang as the resident Cool Old Guy and Tang Yixin.

The Ghost King massacres Zhang Xiao Fan's home village, driving him to join the Qingyun Sect. Eventually he becomes a master of the mythical realm. But he accidentally draws the attention of the Ghost King, and sets in motion a series of events that reveal long-hidden secrets.

The film can be watched on Viki

with English subtitles note though the video is unavailable in some regions.