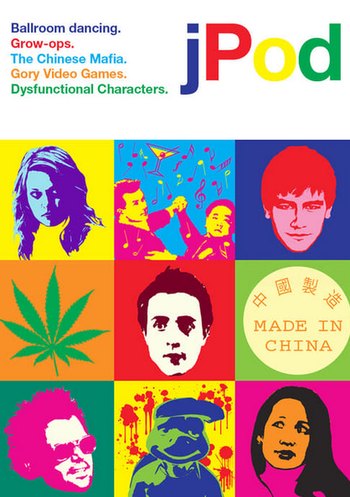 jPod is a CBC series based on the 2006 Douglas Coupland novel of the same name. It focuses on a group of game designers at the fictional Neotronic Arts in Vancouver, British Columbia. More specifically, it follows the darkly humourous work/personal life of Ethan Jarlewski.
Advertisement:

At the beginning of the series, we are introduced to the residents of jPod, a section of cubicles located in the Neotronic Arts basement, and formed when a Y2K

glitch caused all employees with surnames beginning with the letter 'J' to be placed here. The inhabitants of this freaky 'pod of the corn' are: