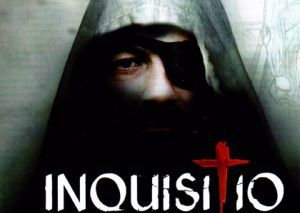 Inquisitio is a French historical Mini Series of eight episodes, first broadcasted during the 2012 summer.

Its plot is set in France during the 14th century, around Avignon and Carprentras, and uses as background the feud between the Rome and Avignon Papacys

. It is centered on two main characters: the Inquisitor Guillermo Barnal (real name Guillaume of Tasteville) and the Jewish doctor Samuel of Napoli. The former investigates on a plot against Avignon Papacy, the latter makes researches about the plague; Samuel soon becomes a suspect for Guillermo.

Other relatively important characters are :