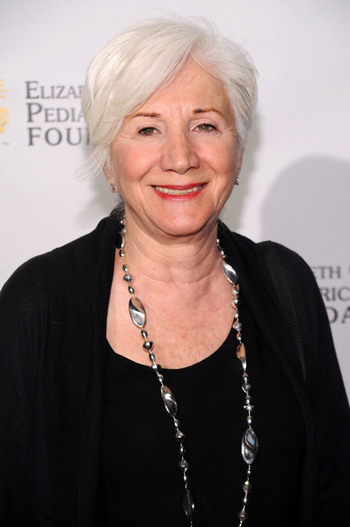 Olympia Mary Dukakis (June 20, 1931 – May 1, 2021) was a Greek American actress from Lowell, Massachusetts, best known for Moonstruck, Steel Magnolias, Tales Of The City, and Joan of Arc.

She was married to actor Louis Zorich and they had three children.