Film / Made for Each Other 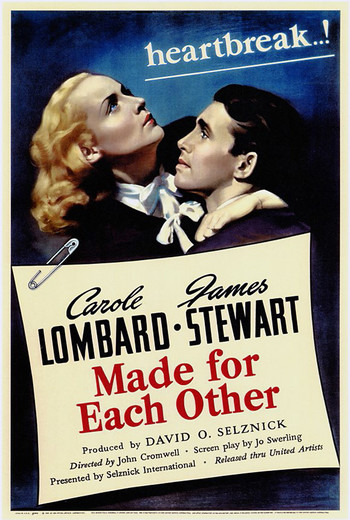 Made for Each Other (1939) is a romantic drama film directed by John Cromwell, starring Carole Lombard, James Stewart, and Charles Coburn.

Johnnie (Stewart) and Jane (Lombard) are head over heels in love, but Johnnie’s family and boss don’t seem to agree. The film goes through their marital struggles as they live through several ups and downs, and the horrific challenge that makes their marriage stronger in the end.

This film was the only onscreen pairing of Stewart and Lombard.