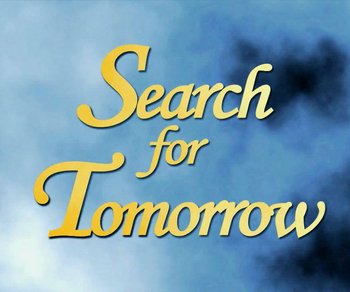 Long-running Soap Opera, which premiered in 1951. The first truly successful Soap Opera on television, the show ran until 1982 on CBS, at which point it moved to NBC until its demise in 1986.
Advertisement:

Set in the midwestern town of Henderson, Search (as it was often referred) focused on the trials and tribulations of Joanne "Jo" Gardner (Barron Tate Vincente Tourneur after many marriages), played for the entire 35 year run by Mary Stuart.