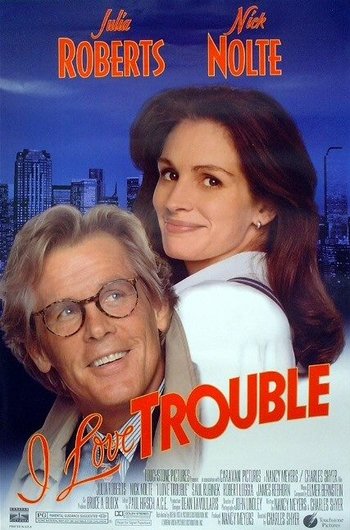 Chicago reporter Sabrina Peterson (Roberts) is an ambitious, gifted reporter willing to do whatever it takes to learn the truth. Fellow reporter Peter Brackett (Nolte) is a fading star in the medium who works for a rival paper. He chases women, smokes cigars, and has just published his first novel. They reluctantly join forces to uncover a train wreck that leads to the discovery of a conspiracy involving genetically altered milk. While they seem to enter into conflict over everything at first, some sparks also seem to fly off.