Film / In the Land of Women 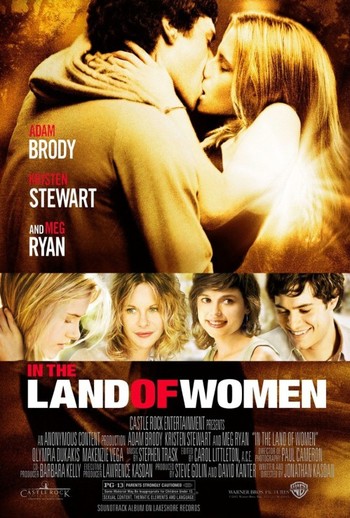 After his pop star girlfriend breaks up with him, Carter (Brody), feeling depressed, moves from Los Angeles to Michigan to take care of his grandmother Phyllis (Dukakis). There, he's befriended by Sarah (Ryan), a housewife who's battling cancer, and her rebellious teenage daughter Lucy (Stewart), as well as her adorably precocious younger daughter Paige (Vega).