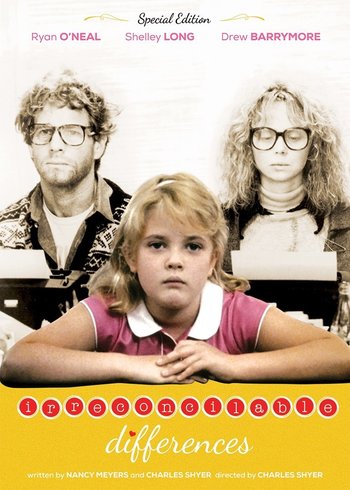 Casey Brodsky (Barrymore), the nine-year-old daughter of a famous director and a bestselling novelist, decides to divorce her neglectful, self-absorbed parents, citing irreconcilable differences. Most of the film is told in flashback as Casey and her parents, Albert Brodsky (O'Neal) and Lucy van Patten Brodsky (Long), describe to the judge how Albert and Lucy fell in love, got married, and then split up, and how their relationship with their daughter deteriorated to the point where Casey would want a divorce.

The film features a then-unknown Sharon Stone in a supporting role.

This Movie provides examples of: