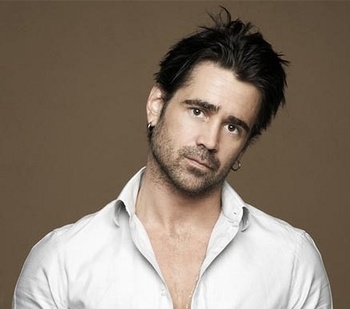 "You know. I'll try anything. I'll do anything. I'll explore. Try different takes. All that kind of stuff to do sometimes, to do good performances, but always conducive to having a good time creatively."
Advertisement:

Colin James Farrell (born 31 May 1976 in Castleknock, Dublin) is an Irish actor.

He started out with roles in the 1997 independent film Drinking Crude and on the BBC TV show Ballykissangel in 1998, but his breakthrough role came with the war film Tigerland, which earned him much praise and recognition. He was subsequently shot into superstardom, becoming one of Hollywood's favorite leading men.