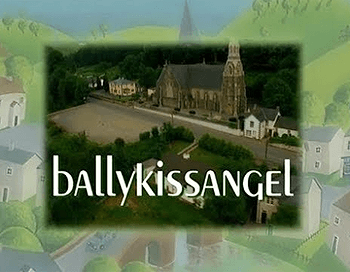 Ballykissangel is a BBC show which aired from 1996 to 2001. Peter Clifford, an English Catholic priest, is sent from England to work in a small Irish village named Ballykissangel. For three years, he tries to overcome the disadvantages of his nationality through community outreach, assimilation, and drinking a great deal of lager.