Series / The Blizzard Of Odd 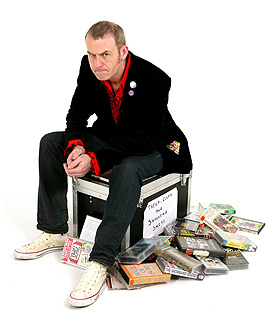 The Blizzard of Odd was a review show shown on the Irish channel RTE 2 from 2001 to 2005. Host Colin Murphy would review tv shows, cult films and internet clips much in the same style as many Caustic Critics of the internet today.

The show had a cult fanbase in Ireland during its run, but has been put on indefinite hiatus. It's unlikely that it will return, as some have speculated that the advent of video sites such as YouTube has essentially killed the show off.

The Blizzard Of Tropes: