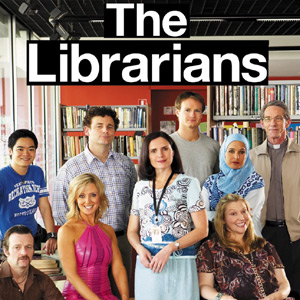 The Librarians is a 2007-2010 Australian Work Com produced by Robyn Butler and Wayne Hope. It mainly centres on Frances O'Brien, who is head librarian in a particularly dysfunctional suburban library, and her utter failure to ever get anything right in her work or personal life.

Not to be confused with the American series of the same name, which is based on The Librarian and its sequels.