Series / The Bold and the Beautiful 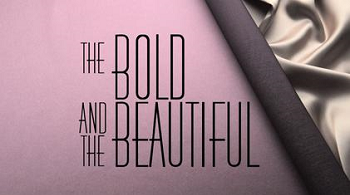 The Bold and the Beautiful is a half-hour long American Soap Opera that airs on CBS. The show premiered on March 23, 1987, making it the youngest American soap opera on television; it is also the last remaining half-hour soap opera on network daytime television, in no large part, because its CBS timeslot was abbreviated to allow stations to carry their midday newscasts at noon local time.

Set in Los Angeles, California, The Bold and the Beautiful centers around the fashion industry, and the struggles of surviving in such a competitive environment. At the center of the show are two families; the influential and elitist Forrester family – headed by Eric and Stephanie Forrester, founders of the fashion company Forrester Creations, and the once upper-middle class Logan family – primarily headed by oldest daughter Brooke Logan. Both families become integrated together through marriage, affairs, and bitter feuds. Adding to the conflict includes the Marone family, headed by Jackie, and the Spectra family, headed by Sally.