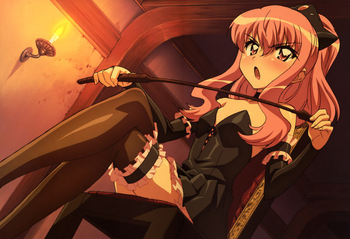 "I'm the kind of woman not hard to understand,
I'm the one who cracks the whip and holds the upper hand.
I'll beat you, mistreat you, till you quiver and quail.
The female of the species is More Deadly Than the Male."
— Satan in High Heels
Advertisement: