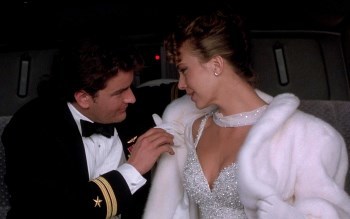 We'd show what happens next, but that would be Not Safe for Work.note Okay, it wasn't explicit at all. And kinda funny.
Everything is about sex, except sex, which is about power.
— Oscar Wilde (possibly apocryphal)
Advertisement:

Tropes related to sex — or: Why anyone was ever born. (Alternatively, given the complex minefield they describe, "How was anyone ever born?")

Note that these tropes have all real life examples blocked, per the Content Policynote Of all the tropes in this category, only 30-something aren't explicitly listed in the NRLEP index, and all of these (like Sexophone) are not about the process itself. See also No Real Life / Sex, Sexuality, and Rape Tropes.