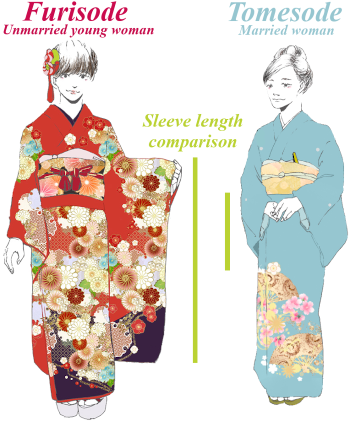 "Ah, to be a young woman with enormous sleeves."
In many cultures, certain items of clothing and/or accessories are used as visual cues to indicate whether or not a person is in a relationship. If they're single, this can be done to make clear their availability, whether for a long-term relationship or a simple hookup, and can extend to indicating gender and/or sexual preferences. On the other hand, if the person is in a relationship, this can indicate the level of the relationship. In either case, what is worn and how it's worn can take on different meanings depending on what's being intended.
Advertisement:

Coordinated Clothes is a common way to show this. Her Boyfriend's Jacket is a specific application.

Contrast Wedding Ring Defense, when someone who's single wears a wedding or engagement ring to fend off potential suitors.