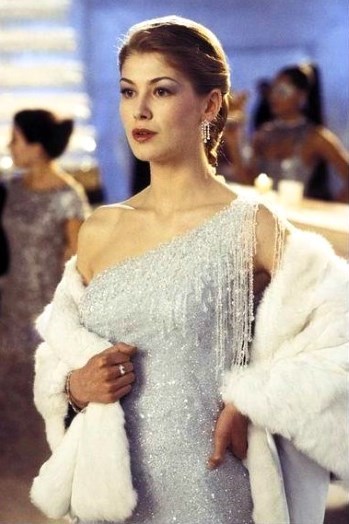 Could you look at her ice-themed dress and white fur wrap, and immediately guess she's either An Ice Person or an Ice Queen?note Answer: it's the latter.
Advertisement:

The appearance of people used as a way to convey information about them.

As humans are very visual creatures, the easiest way to gain insight into a person's being is to simply take in their appearance. A person's physical features as well as their clothing can give the audience cues to their personality, morality, and their social status among other things. Attributes like color or what type of traits/clothing the character has can also add additional symbolism. The meaning of the particular features the person has or the clothes they wear can be something that has cultural significance in the real world or something that has importance in the work's universe.

Even when characters are wearing costumes or disguises, we can still visibly ascertain things about their fake identities.

Foreshadowing can also be done this way.

Of course these tropes aren't always revealing, and some writers will use these just to bait and switch the audience.

Compare Astonishingly Appropriate Appearance, Exposition (when information is given through dialog), Meaningful Name.

Contrast Fan Wank, Everyone Is Jesus in Purgatory (when there is no in-story or Word of God statement that the appearance is indeed meaningful).

Things the audience can tell, whether it's certain or likely, from looking at hair, clothing, eyes, hands, etc.