Coat Over the Shoulder 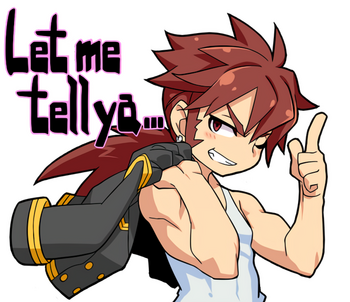 A cool-looking way of carrying your coat, and a step up from the Coat Cape — this character isn't wearing their coat at all, but instead, they hold it casually slung over their shoulder. It's not only used to indicate that a character is cool, but also a certain amount of self-confidence and nonchalance.
Advertisement:

Also related to Dramatic Wind and Badass Cape. Compare Coat Cape for another cool-looking (if less than practical) way of "wearing" a coat.