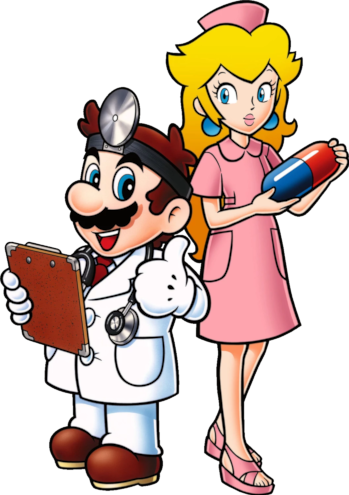 So you can tell they're not a plumber or princess.
Simon: So, you're a doctor?
Samantha: I am. Did Dave mention that?
Simon: No. You're wearing a stethoscope.
— Alvin and the Chipmunks: The Road Chip
Advertisement:

Things every doctor (and those who play them) wears on TV. You know:

Nurses will usually have that folded white cap with The Red Cross logo on it and a starched white skirt-and-blouse or minidress uniform.

And specially for Deadly Doctors:

What easier way to tell the audience what the character does besides these things?