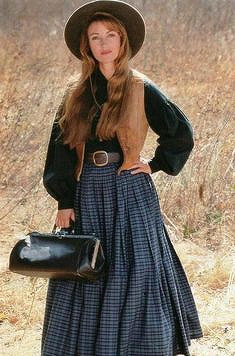 "I have great respect for those of the medical profession who have taken up their position in the remote districts of Scotland and devote themselves to the healing art under most disadvantageous circumstances... I have in mind an insular doctor who has a great deal to do of midnight boating in glacial weather, and whose bills are often paid not in coin but in fleece off a sheep's back."
— Daniel Turner Holmes, Literary Tours in the Highlands and Islands of Scotland
Advertisement:

A physician who works in an isolated or remote community.

While the inhabitants of The Wild West were tougher than case-hardened nails, they still could get hurt and sick. So there was a need for doctors, and the Frontier Doctor came west to fill that need. The frontier doctor needed to be tough and resourceful, since supplies were scarce, and the latest equipment and medicines were seldom at hand. He'd often be called upon to travel long distances at any hour of the day or night, and might even treat sick animals if no veterinarian was handy (the opposite - veterinarian instead of a doctor - is usually Played for Laughs). The frontier doctor may be a woman.

With all that said, anyone who'd leave the soft, prosperous life of a doctor in the East had to have a pretty good reason. In fiction, the Frontier Doctor is often flawed. Perhaps he is an alcoholic (so he's taking nips from a flask while sewing you up), or he killed a man back East, or is a Wide-Eyed Idealist who volunteered to come west without thinking it through. Which isn't to say that the characters in a Western aren't grateful that he's there to patch up their bullet holes, sew them up and cure any pox.

The stress may turn him into a Dr. Jerk, given time.

As the territory becomes more civilized, and towns are established, this character becomes "the town doctor", with better access to equipment and supplies, but not much more rest as he or she's still basically the only physician for miles.

Not limited to the Wild West; may also occur in an isolated military outpost, an Eerie Arctic Research Station or a tiny space colony.