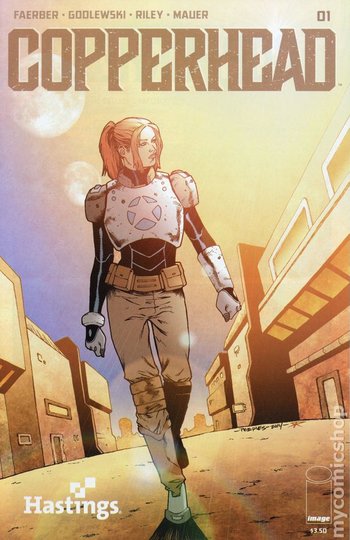 The planet Jasper is a remote outpost bordering human and alien civilizations, and the mining town of Copperhead is on its back end. The frontier town is populated by those who couldn't live anywhere else: mostly loners, rejects, criminals, and a healthy number of alien species. And Sheriff Clara Bronson has just arrived.

Copperhead is a Space Western created by writer Jay Faerber and artist Scott Godlewski. It is an ongoing series by Image Comics launched in 2015 to critical and commercial praise. The series focuses on Sheriff Bronson and her deputy Boo navigating the complex racial, political, and criminal networks of the town in classic Western fashion.