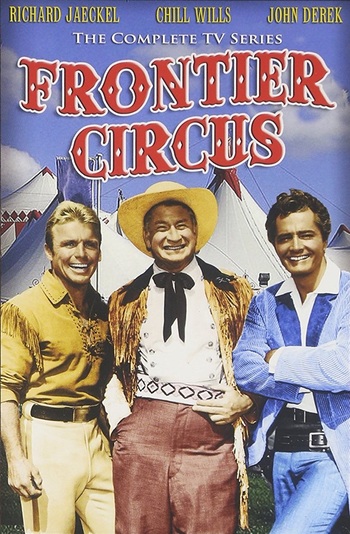 Set in the Southwest during the late 1800s, Frontier Circus was a cross between a circus drama and a traditional Western, and starred Chill Wills, John Derek and Richard Jaeckel. The T & T Circus, operated by Colonel Casey Thompson (Wills), traveled from town to town in a wagon train. Ben Travis (Derek) was the straw boss who supervised the workmen, and Tony Gentry (Jaeckel) was the advance man, who scouted likely stopping places for the circus.

Frontier Circus ran for a single season on CBS from October 5, 1961, until September 6, 1962. The difference between its plot and the plot of most standard Westerns may have led to its short run.