Series / The Armstrong and Miller Show 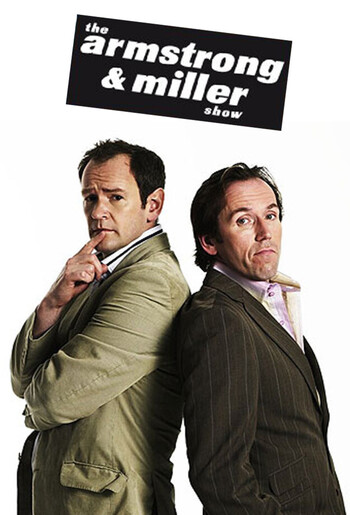 Comparisons to That Mitchell and Webb Look are inevitable, as both shows starred a double act, ran during similar time periods, and were slightly renamed versions of earlier sketch shows. In contrast to Mitchell and Webb, however, Armstrong and Miller do not have readily apparent character archetypes (layman/boffin, straight man/indignant man, et cetera).

Famous Running Gags from the series include:

Tropes present in The Armstrong And Miller Show: