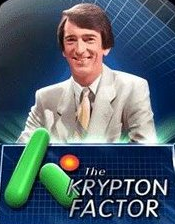 British Game Show, launched in 1977 and run until 1995, then revived from 2009-10. Known for its comprehensive approach to testing its contestants, through its varied rounds testing Mental Agility, Response, Observation, Physical Ability, Intelligence and General Knowledge. Conveniently, these were the names of its six rounds for the bulk of the series' run.

The rounds are scored with 10 points for a win, 6 points for second and 4 & 2 for third and fourth respectively, with the exception of General Knowledge, where two points are awarded for geting a question right, and one is deducted for getting it wrong.

The format was re-sold to the United States, Germany and New Zealand.